Moving In: A Short Story & Introduction to Klamath College

Randy was settling into his room. He thought the whole thing rather peculiar, as he'd made quite an effort to arrive early, yet it seemed his roommate had already moved in. Klamath was a small private university, just opening (although belatedly; it was Winter Quarter), so there were rooms aplenty. Some mix up, sadly, as Randy had requested a single room.

After he'd set up his laptop, he heard a voice behind him. "Hello to you, then." After jumping about half a mile, Randy whipped about to see a boy with slightly sunken eyes leaning in the doorframe, one hand in his pocket. "You must be the roommate." The man looked slightly disheveled, as if he'd not slept in a bit, but had a general good humor about him. Randy said nothing, only nodding to the stranger that wandered in and hopped onto the other bed. "Name's Warren."

"Randolph. You can… call me Randy."

"Well met, Randy. Well met. You want the window bed? I meant to ask. I can't much stomach it any more." Randy gave him an odd look and glanced out past the bed to the view of the trees and misty ocean beyond. Why anyone would want to pass up that view was beyond him. "Kept me up all last quarter. The boat."

Randy slowly focused his attention on Warren once more. "This is the first quarter of the school… it just opened."

Warren's brows shot up at that. He seemed darkly amused. "Is it now? Hehe. That's fine. Well for the months I've been here for no reason, then, I kept seeing that boat. Once a month. Started being able to expect it, too. The Dreamwalker would show up in your dreams."

Randy started to piece together that the guy was just messing with him to see how panicky he was. A skeptical inquiry ensued. "The Dreamwalker?"

"Silver wolf. Comes into your dreams. Talks to ya."

Randy took some time to assess the roommate situation. He saw now the small collection of agate stones on his dresser. The dreamcatcher over his bed. "…the school mascot?"

Warren paused awkwardly, blinking once before bursting into a weary laugh. "Ah hell, I hadn't even put that together before." He rubbed at the back of his neck before lying down. Noticing his agate had captured Randy's attention, he snagged a stone and tossed it to him. "Here. Will help you sleep better."

Catching the stone, Randy now turned his attention on his slightly delirious roommate. "So what's the deal with the boat?"

"I don't know. Started keeping track of when I saw it, though. September 16th. October 16th.  Then it changed. November 14th. December 13th. I think it's counting down."

Randy arched a skeptical eyebrow. "And what does it do?"

"Well… nothing, really. It comes out of the mouth of the Klamath River into the Pacific Ocean and heads south along the shore 'till you can't see it through the trees. Some nights I couldn't get to sleep after seeing it and I'd hear this cacophony from the forest."

"Animals?" "Yeah, but not only. Trees. Water." "…like wind blowing and crashing waves?" Randy was feeling increasingly uneasy with the subject matter. "Yeah, but… not only. Would it be weird to say nature can make more sounds than that?"

Randy laughed a bit, but it faded as he saw Warren's expression. Warren was genuinely concerned. Randy maintained as much of a grin as he could and segued.

"….yeah. Human Ecology. Good night, Randy. Good luck." Just like that, Warren rolled over towards the window and lied down on his bed. Randy gave him an odd stare, but finished his unpacking and computer set up. Once he was ready to turn in, he offered Warren a 'good night' and turned off the lights, but Warren was already asleep, almost glowing in the light of the moon outside as it silhouetted his nearly emaciated body. He stared at the man a second before climbing into bed himself.

The next morning, Randy woke up in a single room. Initially confused, Randy started poking around. He threw on a coat real quick over his pajamas and burst from the room, rushing down the hall and nearly running over his RA, who stopped him. "Whoa, whoa, what's the problem? Carter, right?"

He nodded quickly, slightly out of breath. "Yeah, sorry, I…" He paused to figure out how to explain this. "…I'm in a single room?"

The RA furrowed his brow. "…yeah, you'd asked for one and there'd been a mix up initially. Is that not okay?"

Randy earned another strange glance. "I gave you the key to the single myself, dude. You're in 318."

318? 319 was the room he remembered going to. Maybe he was wrong? This was all wrong and muddled. "Is Warren around? The guy that was here fall quarter?"

"School just opened this month. There wasn't a fall quarter. Nor has there ever been a Warren, s'far as I know." Randy's heart pounded, but he kept his face cool. Just nodded, gave thanks and headed back for his room. The door to 319 was ajar. He pushed it open and glanced inside to a double room with no trace of occupancy. Running hands over his face, a defeated Randy went back to 318 and sat back down on his bed, slipping his hands into his pockets for warmth. As he did so, his face began to pale as fingers traced over the smooth surface of an agate stone. 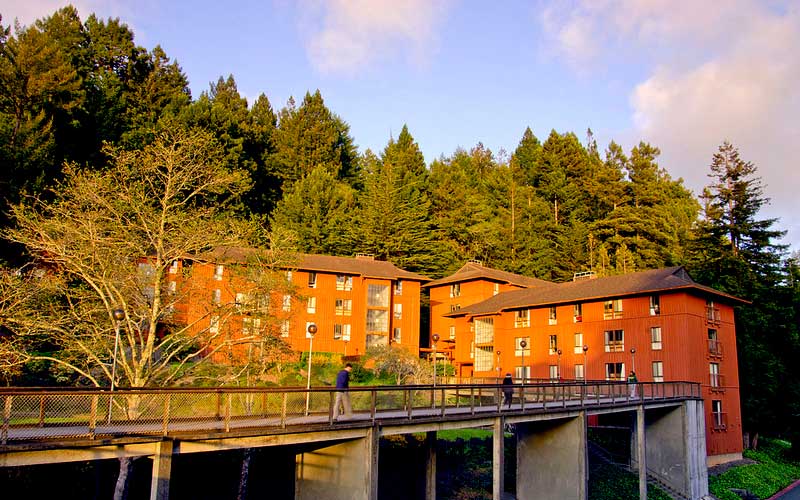 Everything on this website (beyond this page) is IC contents of the Klamath College website unless identified as OOC.

I'm sorry, but we no longer support this web browser. Please upgrade your browser or install Chrome or Firefox to enjoy the full functionality of this site.